Cambridge MA – January 26 — Two Virtual Reality projects incubated at Co-Creation Studio will have their world premieres at Sundance Festival’s New Frontier program this weekend. It’s the first ever online iteration of the New Frontier exhibit in its 15-year history, as all works become accessible through browsers, smartphones and VR headsets directly in festival-goers own living rooms.

United Notion Film’s Prison X takes you inside the mythic — and profane worlds — of a Bolivian prison, while Rada Studio + Scatter’s Changing Same employs time travel and magical reality to collapse America’s past and present of racial terror to construct new hopeful afro-futures.


Both teams made pit-stops at the Co-Creation Studio during their development. Both teams bring together veteran documentarians and seasoned technologists to push the limits of emergent technologies (such as photogrammetry, volumetric filmmaking and motion capture tech) — and in their own distinct ways, construct new forms of narrative sovereignty.

“Theatre, Dance, Film, VR, AR, AI, Robotics and other emerging mediums of communication are the tools to tell our stories in all their multiplicity and complexity,” said Violeta Ayala, Quechuan director of Prison X, “We must use their power as a tool for decolonization.  Technology is good as long as we control it but the moment that tech becomes our puppeteer we are lost. The devil is in the detail.”

The team from Prison X rebuilt in a virtual world, the infamous San Sebastian prison from Ayala’s hometown of Cochabamba, Bolivia. For Sundance, they invite users in the first chapter called The Devil and the Sun,  to encounter an ensemble cast of hand-drawn 3D characters inspired by real people from the prison, neo-Andean mythology, sprinkled with autobiographical elements of the creators themselves.


After Ayala had completed the award-winning film Cocaine Prison in 2015, she and her team wanted to continue exploring the complex storyworld they had encountered within the prison walls, beyond ways that are possible using conventional linear film.

“Prison X draws on our experiences in San Sebastian Prison and Andean mythology to blur the lines between fiction and reality,” the team describes in their production notes. “The prison we’ve built in VR juxtaposes the giant with the miniature, reality with fantasy, and the contemporary with the ancient. The shifts in scale reflect two Neo-Andean traditions: Las Alasitas, where people buy miniature versions of the things they want hoping that Ekeko (the God of Abundance) will convert dreams to reality; and the Carnaval of Oruro, where people honour Ito (Mother Earth) by dancing La Diablada (the Devil’s Dance) with big and spectacular costumes.”

Ayala and members of her team came to Co-Creation Studio in 2019 for a Ford funded intensive workshop to develop one of the central characters, La Diabla, a version of the devil-god worshipped by miners in the Andes. While at MIT, they explored La Diabla as a 3D-printed animatronics puppet/robot. 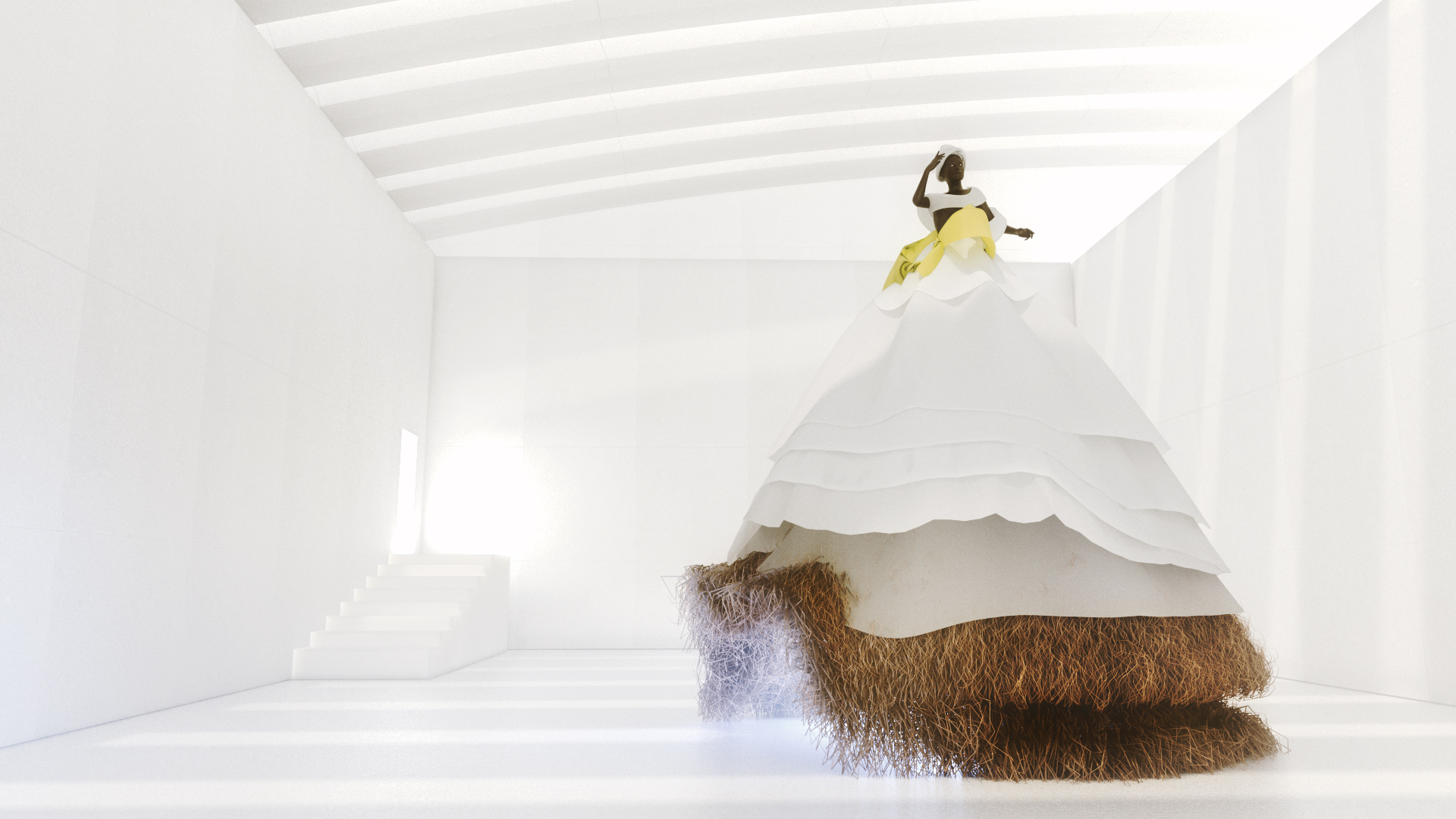 Inside the Cracker House in The Changing Same.


For Changing Same:The American Pilgrimage, Michèle Stephenson and Joe Brewster, co-directors from Rada Studio, were first introduced to their co-director Yasmin Elayat from Scatter during a series of exploratory workshops at Co-Creation Studio in 2016, funded by Sundance and Skoll Foundation. Together with the Co-Creation Studio, the team pitched at IDFA DocLAb Forum, where Opeyemi Olukemi of POV Spark came on as executive producer.

“Their foresight to discuss racial injustice, innovatively, is not only timely, but offers a powerful and much needed vision of freedom and hope,” said Olukemi, “This project and the co-creative process used is an example of radical artists helping to both educate and heal communities.”

The idea for the project, like Prison X, was also rooted originally in the making of a short documentary film of the same name, Changing Same (2019).

For this first episode of the VR experience, the team transposes the film’s central character, Lamar into a VR guide. Lamar leads users through 400 years of poetically-fused American eras: slavery, jim crow, mass incarceration along with visions of a hopeful afro-futurism. These eras are inextricably tied, uniting into one, with the same locations, characters, terrors, and resistances reverberating throughout the experience. Drawing on Scatter’s signature aesthetic of dense, spectacular volumetric imagery, narrative mechanics “pull the rug” out from under the user, to collapse history, time and weave stories of unending and repeated trauma side-by-side with Black Joy and healing. 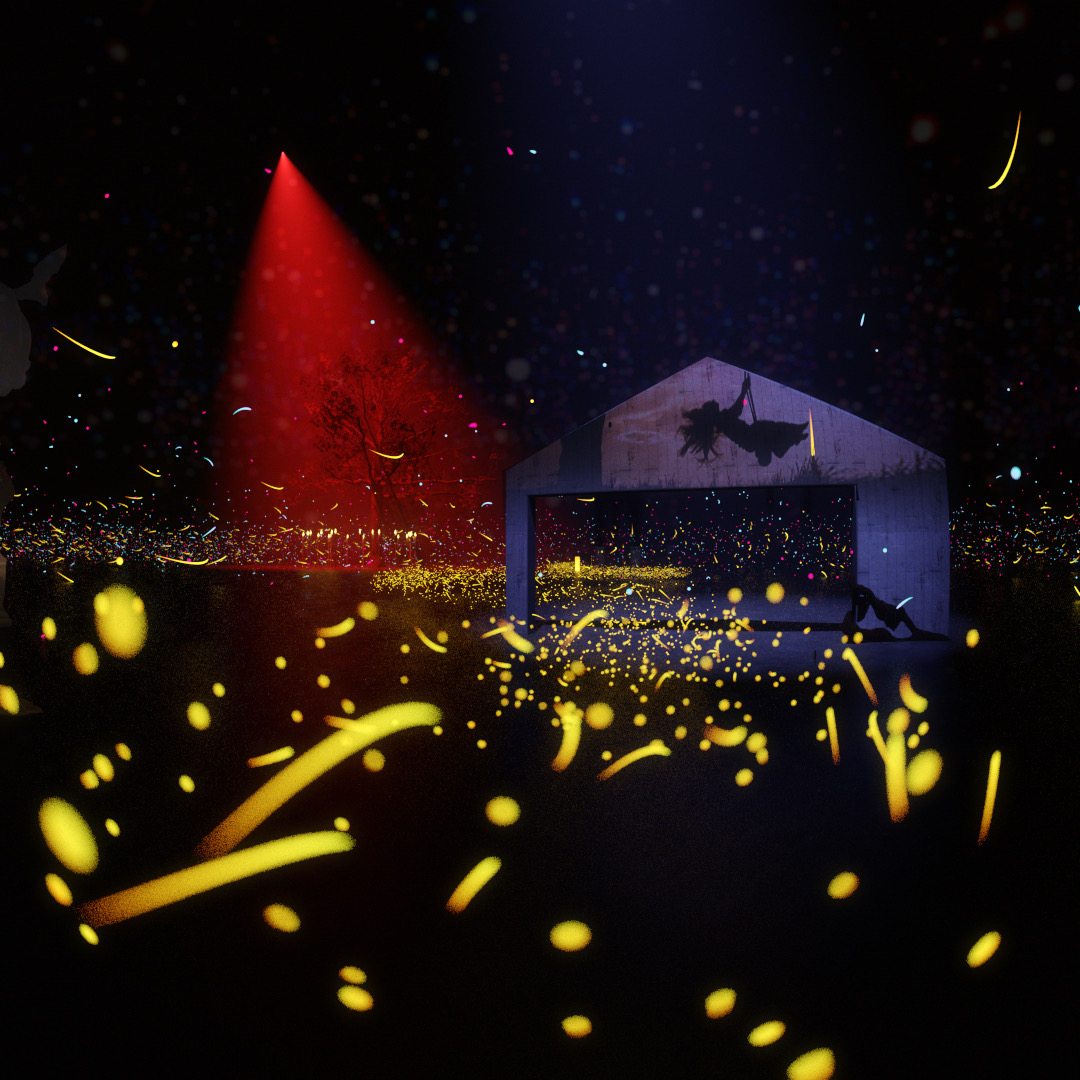 A scene from the back lot, in The Changing Same.


“Just as Faulkner said, “the past is never dead, it’s not even past.” It’s right now,” said Stephenson to Creative Capital, “All of these mechanics have a purpose, and the purpose is to show that the past is sitting right up on our shoulders. What we’re experiencing today, our ancestors experienced too 300 or 400 years ago. But if we’re able to acknowledge that the oppressive structures persist, our future can be different. That’s what our journey takes us on. We have to reckon with this inversion of time and space in order to think in a creative way of how to change the future world for ourselves.”

Prison X and The Changing Same are available for viewing through the New Frontier Gallery, to passholders (for 25 USD), starting January 28 through February 3.

All incubation at Co-Creation Studio at MIT Open Documentary lab is made possible with the core support of The John D. and Catherine T. MacArthur Foundation and JustFilms at Ford Foundation.