Indigenous Knowledge and New Tech at MIT: Asking the question “Is it Wise?”

Cambridge MA Nov 25, 2020 – Ten Indigenous media scholars and artists have been named ISO-MIT Co-Creation Fellows at Open Documentary Lab 2020-21, during the inaugural Indigenous Digital Delegation earlier this month. In a week-long series of gatherings, the delegation met with over 60 MIT scientists, staff, fellows and students. The theme of the gathering was Indigenous Knowledge, Artificial Intelligence and Digital Worlds.

“Wisdom is not a topic that is taught or studied in the curriculum in our schools or universities, nor is it a practice in modern life,” said Ojibwe Elder, artist and scholar Dr. Duke Redbird, in the Delegation’s keynote public lecture, titled Dish with One Spoon, “Technology can put a man in space, or a nano-computer in every creature on Earth. Yet technology cannot answer this question, that should be asked of anything. And it is an Indigenous question. ‘Is it wise?’” 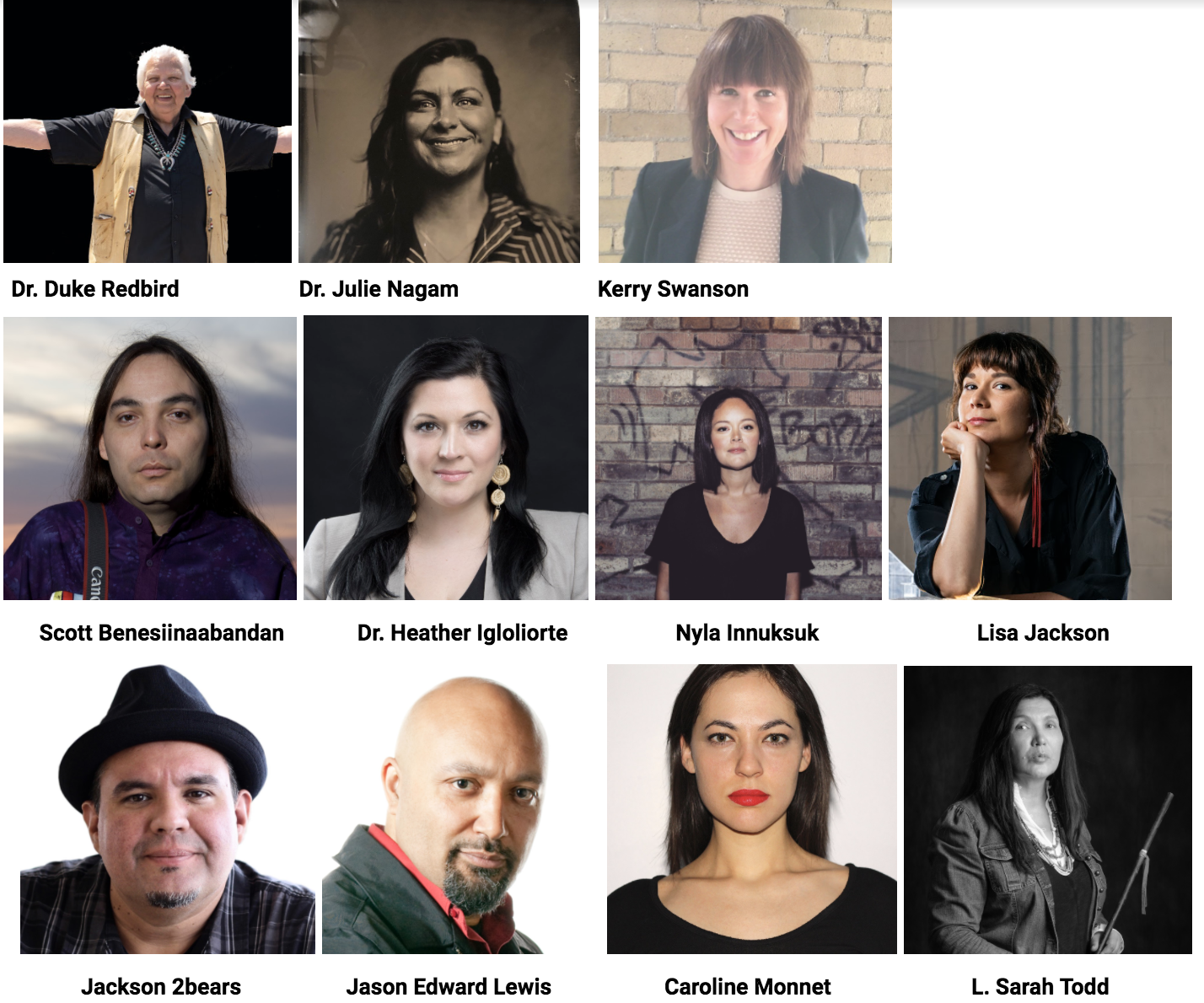 Delegates met with MIT scholars to discuss diverse domains as the decolonization of space, to re-imagining Indigenous architecture to the role of community-based governance in the genetic modification of invasive species.

“This has been an incredible opportunity for Indigenous scholars and creators to connect with folks working in our field of digital and new media, as our decolonial tools will allow for deep connections through practice and critical thinking transforming the field and the MIT campus,” said Dr. Julie Nagam (University of Winnipeg) and Kerry Swanson (Indigenous Screen Office), co-leads of the delegation. “The knowledge with which we return to our home environments and institutions will greatly impact our work moving forward into the future,” they said.

In the opening session, Prof. Wesley Harris, MIT rep for AISES (American Indian Science and Engineering Society), welcomed the delegation by emphasizing the need to include an “A” in the acronym STEM, in other words, to put the Arts in the teachings of Science Technology, Engineering and Maths.

Throughout the week of workshops, lab visits and pairings, delegates were matched with relevant labs and researchers across MIT to brainstorm their current works, including art gallery and site-specific installations, a Sundance-backed documentary film, research projects such as Indigenous Protocol-based Artificial Intelligence, and Indigenous-led emergent media laboratories and education programs.

Dr. Duke Redbird, Elder for the delegation, presented a Keynote address called “Dish With One Spoon”.


“We’re headed toward a world where people are being partially programmed by algorithms,” said Redbird, “In the past, Indigenous people were programmed by our symbolic symbiotic relationship with the earth. Today, a lot of what the average person will do, will be designed and motivated by algorithms, rather than by nature.”

In one workshop, a team explored building an Artificial Intelligence system based in Indigenous-protocols. Delegates Jason Lewis and Scott Benesiianaabandan met with MIT scholar Dr. James Glass, of the Spoken Languages Systems Group, whose latest research interest involves supporting low-resourced languages. The delegate team shared aspects of Anishinaabe world-view, knowledge generation & dissemination protocol, to ask if “values might be articulated in a manner that retains their cultural integrity” rather than having algorithms rely on translation from a high-resourced language.

“The energy and enthusiasm across MIT for this gathering has been unparalleled,” said Kat Cizek, delegation event designer and Artistic Director at Co-Creation Studio at MIT Open Documentary Lab. “There’s huge interest in learning from Indigenous scholars and artists, and together, transforming understandings and practices of science, arts and technologies.”

Redbird emphasized the importance of these exchanges. “It is imperative that the children of the 21st century have access to a worldview that celebrates the idea of a compassionate communion with all living things” he said. “We want the generation of the future to apply the traditional values and wisdom of our ancestors and uphold the sacred covenant to family community in nature. It is incumbent upon this speed-of-light generation, born after 1995, to explore an Indigenous worldview and use technologies to change negative patterns and rethink the manner in which we engage the environment.”

This first Indigenous Delegation of its kind at MIT, was originally scheduled as an in-person event in Spring 2020. The delegates will continue in relationship with MIT as ISO-MIT Co-Creation Fellows at Open Documentary Lab for the next year. A second, more international version,  is being planned for 2021-22, on campus.

Members of the Delegation