How Artists Reshape Politics and Tech: Dispatch from Sundance

Last month I attended the Sundance Film Festival where I spoke on two panels: “How Can Artists Reshape Politics,” at the Filmmaker Lodge, and a talk to industry leaders on the future of Immersive Media and Interactive content.

I am Seneca-Cayuga Nation of Oklahoma Deer clan, we are members of the Haudenosaunee or Iroquois confederacy. I opened “How Artists Can Reshape Politics” with an Iroquois/Haudenosaunee flute song and original song I wrote for the panel before beginning my talk. 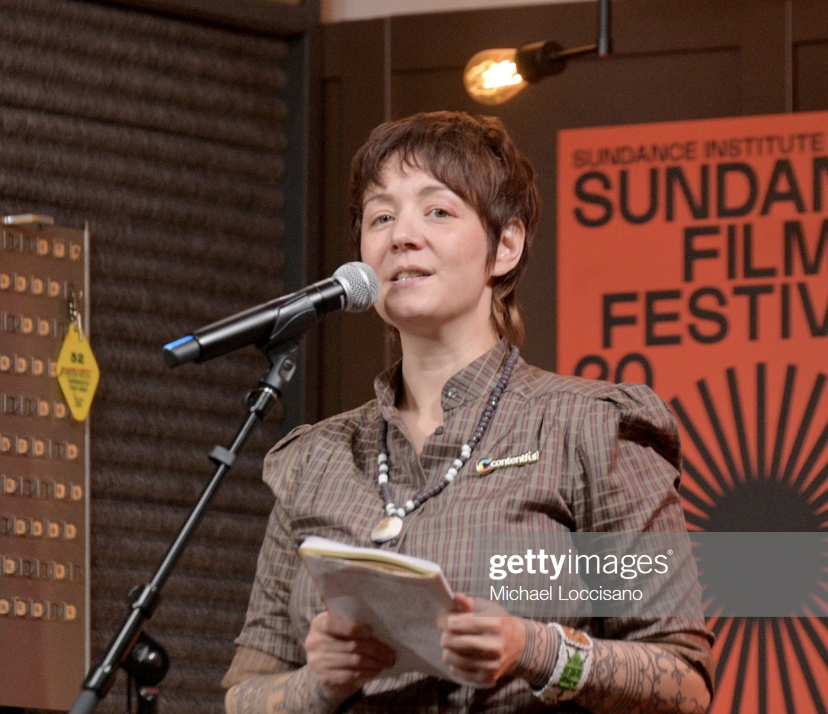 Amelia Winger-Bearskin at the Sundance Filmmaker Lodge, opening the panel.

This was the core of my talk:

“The seeds of our civilization are stories. Our framework for a lasting peace, a just democracy and our sustainable technological inventions are all kept inside of our stories. Our stories are our generational guidance systems, it is where we record the best of us. Stories will change formats in every generation, and our stories have changed formats with the technologies of our time.

“This is how we pass on our values: inside the source code of our democracy is the best of us. Sometimes we may feel as though our democracy has gotten some malware in it. So it is up to us to update and make sure our stories can continue to connect and strengthen our communities.” 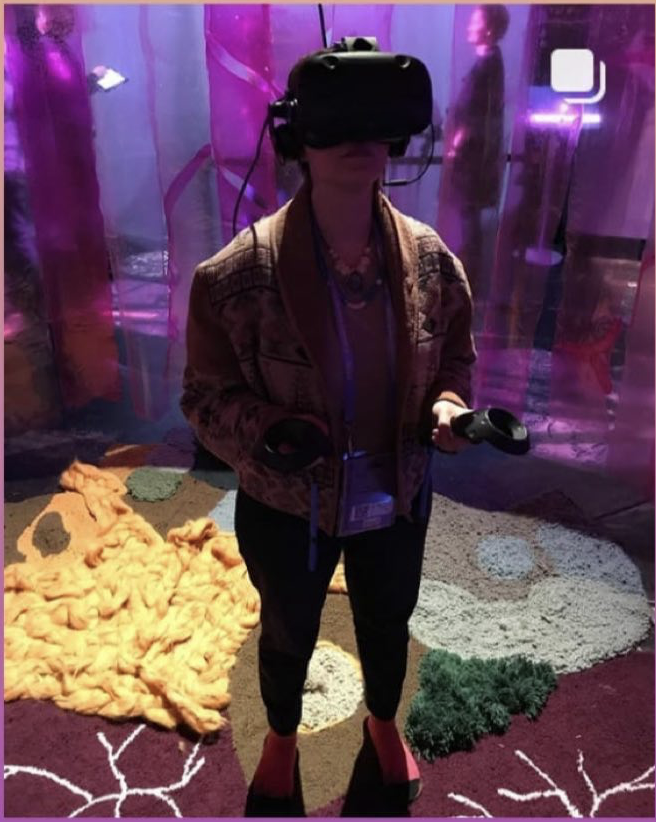 Amelia Winger-Bearskin experiencing life as a fungus, in the VR work called Hypha.

A big part of Sundance is not just film, but exploring new and emerging technologies.

Sundance is home to a diverse family of creatives and technologists. It is where people who are different don’t just survive, but thrive. I have a diverse professional background as an artist, professor, organizer, community leader and creative technologist. The panel I participated in, “The Future of VR,” for tech industry leaders was part of New Frontiers, the portion of the festival dedicated to exploring new technology.

After my responsibilities wrapped up, I spent time experiencing a ton of VR. I watched my amazing friend Natalia Cabrera’s Hypha VR: a virtual reality piece in which you are a fungus. I visited the first-ever Indigenous Filmmaker Lounge at Sundance. I also went to industry and tech receptions for New Frontiers and the Indigenous Programs, film screenings and panels.

I also experienced work created by colleagues at MIT, who had a strong presence this year:  Chomsky vs Chomsky by Open Doc Lab’s Sandra Rodriguez and Cindy Bishop, and Living Distance by Xin Liu, who is the arts curator of the Space Exploration Initiative at MIT Media Lab. In the feature documentary category, Coded Bias spotlights the journey of MIT Media Lab researcher Joy Buolamwini as she discovers that most facial-recognition software does not accurately identify darker-skinned faces and the faces of women, she delves into an investigation of widespread bias in algorithms. 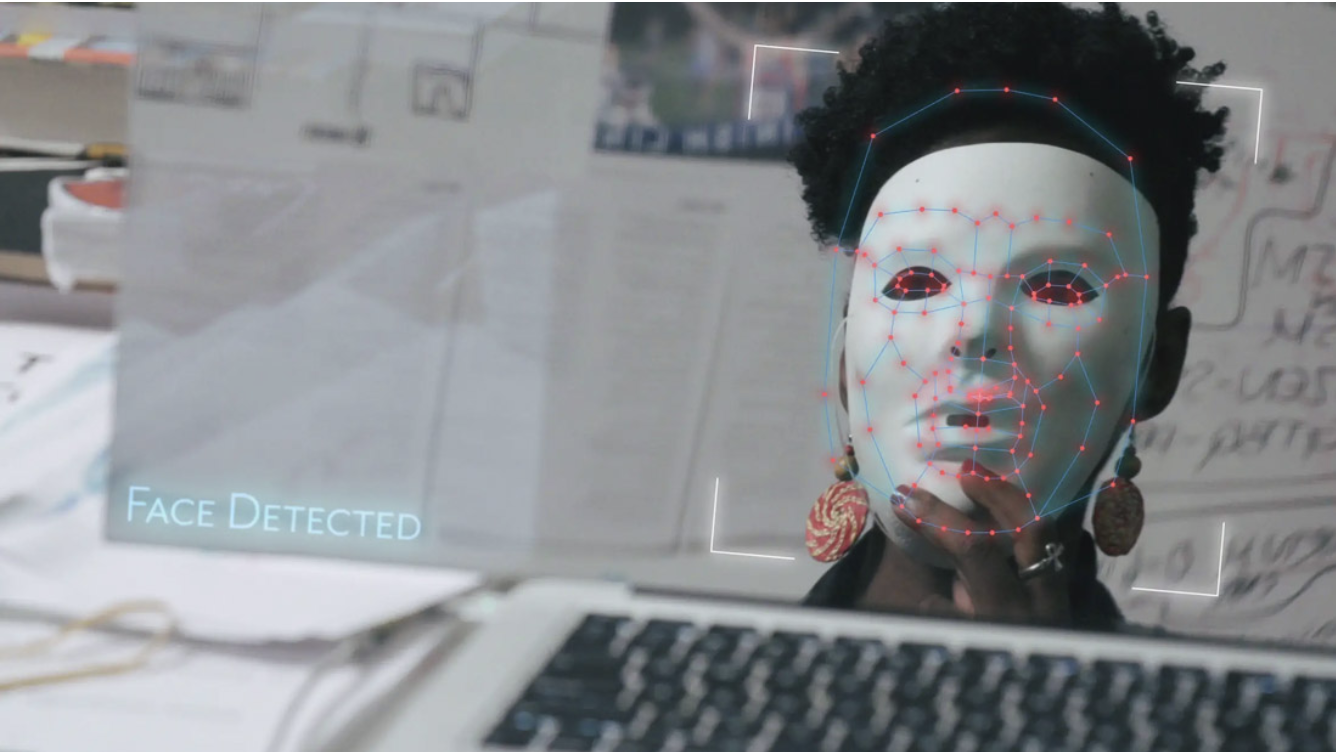 Coded Bias is a new feature film that examines the political impacts of algorithms.

I’ve filled many roles at the Sundance festival, and it has become one of the most generative and meaningful communities that I’ve been fortunate to be a part of. I’ve been able to participate and give back as a lab fellow, a creative advisor for immersive storytelling with the New Frontiers program, a speaker, festival alumna and mentor to new storytellers in immersive storytelling.

It’s where I find inspiration and a place I’ve made some of the closest friends in my life.

In 2019, I spoke for the first time at Sundance on two panels, including “Reseeing the Present, Rewriting the Past,” which dealt with the erasure and misrepresentation of Native Americans and African Americans throughout the history of mainstream cinema, and the ways in which cinema is being challenged through radically reimagined aesthetics and upended storyforms.

For me, Sundance has always been a phenomenal way to mark the beginning of each year,  as it shapes and connects art, tech, community and meaning-making as well as politics and this one especially so, as we head into a crucial year, 2020.

A version of this post was originally published at Contentful.