Cambridge, Mass. August 21  — At the 76th Venice International Film Festival, the Co-Creation Studio at MIT Open Documentary Lab will celebrate the festival launch of its ground-breaking field study, entitled Collective Wisdom. At a panel and reception called Collective Wisdom on VR Island, the studio will showcase three Virtual Reality projects from the official Venice Virtual Reality program, to highlight the significance of co-creative practices in contemporary media-making, practices of creation that live beyond the single author.

“This is an unparalleled opportunity to remind the world that creative ideas often come from more than one person, one discipline and even one system of intelligence; that co-creation is critical to 21st century artistic and media practice. VR Island at Venice is the epicentre of the globe’s most innovative and artistically moving Virtual Reality works, and we are thrilled to partner with Venice VR to showcase current co-creation in emergent media and the remarkable results of our field study.”

“At Venice, we exhibit and celebrate state-of-the art work, but we also celebrate the state-of-the-art processes in which the work is made. Collective Wisdom is much-needed field study that helps articulate these new ways of working in the fast moving form of VR and  immersive.”

The panel will explore the co-creative methods behind three of the projects exhibited on VR Island, and will be followed by a reception in the garden on the VR island.

The Key VR experience, is a co-creation between an VR artist and a Non-Profit Organization, match-made by the Oculus VR for Good program. The Key won the Storyscapes Award at Tribeca earlier this year and is in official competition at Venice Film Festitval.

The 76th Venice International Film Festival is organized by La Biennale di Venezia, and will take place at Venice Lido from August 28th to September 7th, 2019.

In its fourth year, Venice VR Island is a program of 30 works of Virtual Reality, co-programmed by Liz Rosenthal of Power to the Pixel, and Michel Reinac, of Submarine Channel. The exhibition space  is located on Lazzaretto Vecchio, a small island less than 50 meters from the Lido, where the festival takes place. This small, abandoned island used to be a leper colony and a quarantine transit island between the 15th and 17th century. About a decade ago, the hospital and the adjoining buildings on the island were partly renovated to house a future Museum of Archeology, which has not materialized to date. Now, Lazzaretto Vecchio has found a new purpose. 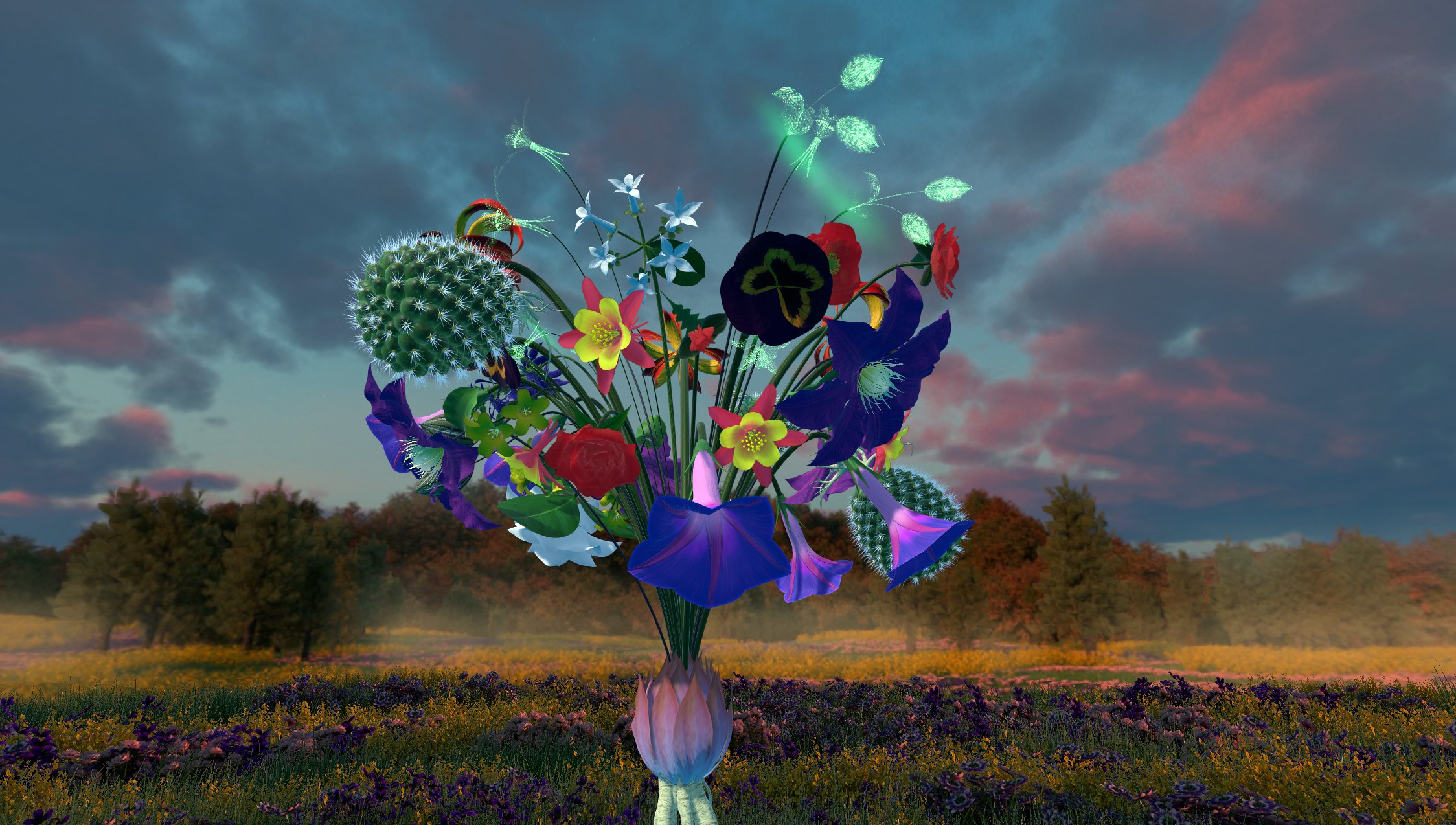 A Life in Flowers VR  is a co-creation between a creative technologist and a Japanese floral artist, and also a co-creation with a Machine Learning system (Artificial INtelligence), that has been trained to simulate the emergent qualities of flowers, and the philosophy of floral arranging. The VR experience is powered by the participant’s own voice, also an act of co-creation.

About the Field Study and the Co-Creation Studio

The Collective Wisdom: Co-Creating Media within Communities, across Disciplines and with Algorithms is a first-of-its-kind field study of the media industry that highlights trends, opportunities, and challenges to help advance the understanding and recognition of co-created works and practices — efforts that live outside the limits of singular authorship. (The report is online and freely accessible via the link below.)

“Now more than ever we need to collectively work together to find new solutions to local and global problems. Our field study reveals the long history of co-creation across the globe and the extent to which people have used and continue to use co-creative media practices to not only document the world’s problems but to help solve them.”

The report’s key discoveries include tracking these trends:

“Co-creation carries with it a profound respect for each person’s unique expertise, and also the knowledge that we must share both the burden and the liberation of determining our future collectively.  There is an urgency to the challenges we face in this moment in history, and no one person, organization, or discipline can determine all the answers alone.”

Collective Wisdom brings together knowledge from interviews and group conversations with 166 practitioners, thought leaders and scholars, 222 readings, and 251 media projects. 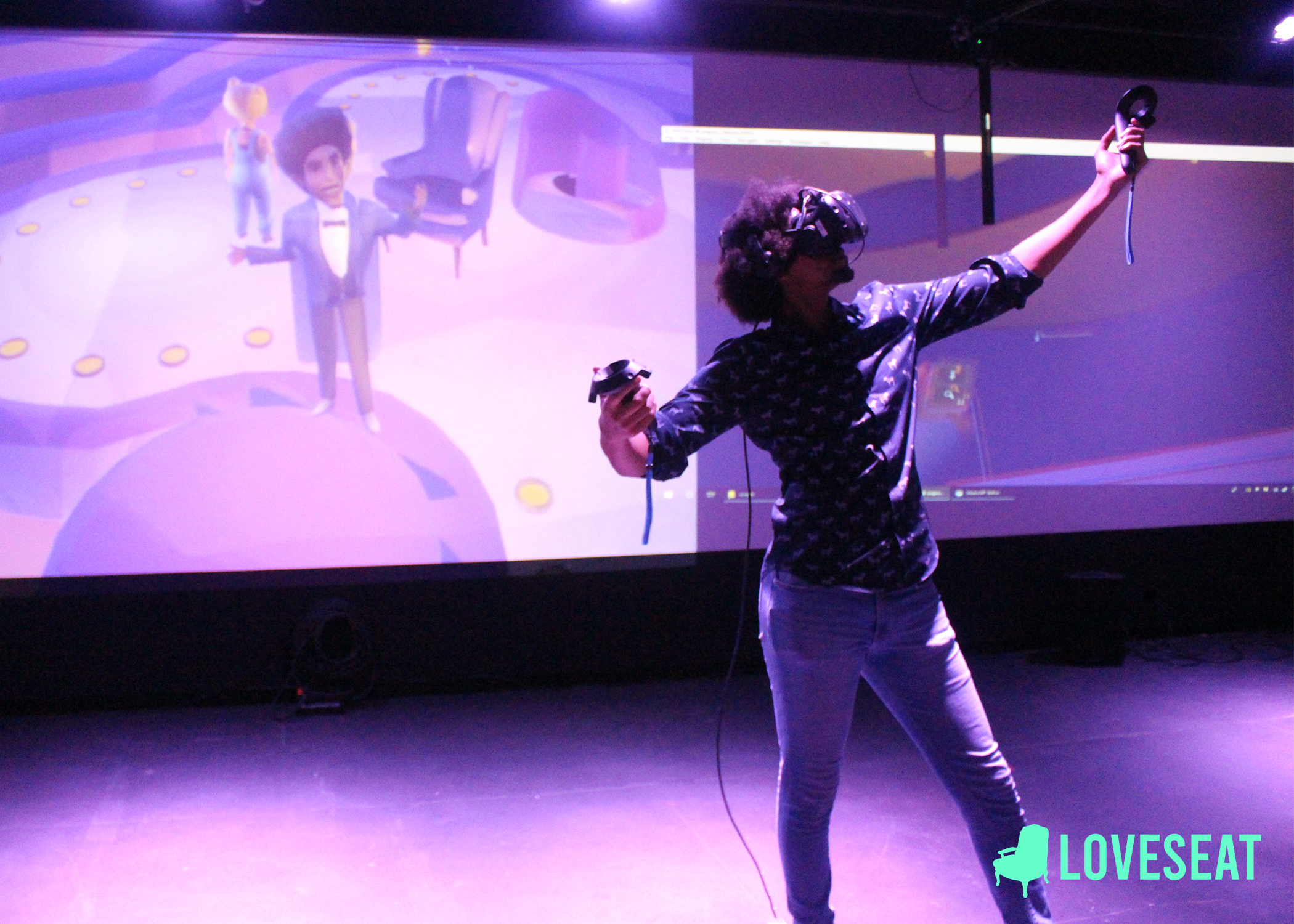 LOVESEAT, premiering at Venice VR, is a co-creation between theatre artists, technologists, programmers, and audiences as a participatory, immerse story about finding love unfolds in a physical theatre space and in social VR.

Details about the Event

The Collective Wisdom on VR Island panel will include:

The panel will be moderated by Katerina Cizek, author of Collective Wisdom (with William Uricchio), and it will be followed by a reception in the garden on the VR island. Introductions will be presented by Liz Rozenthal, co-curator of Venice VR and Sarah Wolozin, Director of MIT Open Documentary Lab.

The Collective Wisdom on VR Island event is open to Industry passholders and will take place on VR island in the Spazio Incontri and in the garden on Saturday August 31, between 11 am to 1 pm,  as part of the Venice Production Bridge.

Funding and other support for this work was provided by JustFilms/Ford Foundation and the John D. and Catherine T. MacArthur Foundation.